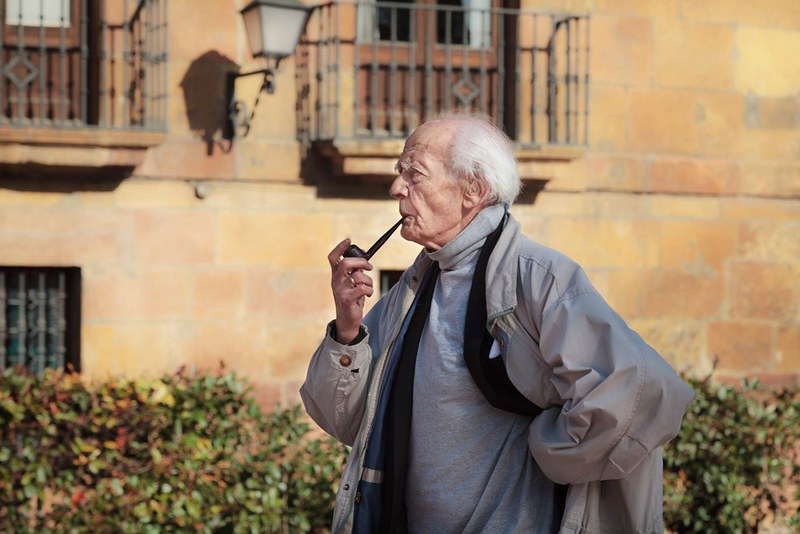 Collateral Damage, one of the latest works by Zygmunt Bauman, is a collection of essays dedicated to social inequality and the disintegration of the welfare state.

On February 13, 1991, during the first Gulf War, U.S. planes bombed a shelter in the Amiriyah neighborhood of Baghdad, Iraq, killing 408 civilians. The Pentagon held Saddam Hussein’s regime responsible for “deliberately hosting civilians in military installations to serve as human shields”. In such case, as every time the weapons deployed factor out any conceivable technical error, we have grown accustomed to parley about collateral damage.

A memorandum issued by the U.S. Air Force (USAF Intelligence Targeting Guide — AIR FORCE PAMPHLET 14- 210 Intelligence) broadly defines collateral damage as “unintentional damage or incidental damage affecting facilities, equipment or personnel occurring as a result of military actions directed against targeted enemy forces or facilities”. In other words, whilst achieving a high death toll among civilians is arguably not top priority in military actions, such casualties are easily dismissed as not important enough to justify the costs of their prevention, especially in the face of the massive vested interests which are usually at stake in war.

After all, the kind of Orwellian vagueness that lurks behind the expression collateral damage, midway between jargon and euphemism, is enough to make it an ideal, albeit lousy, cover for the most blatant failures of military operations. It is the kind of verbal abuse for which the British sociolinguist Deborah Cameron coined the term verbal hygiene (“[…] motley collection of discourses and practices through which people attempt to ‘clean up’ language and make its structure or its use conform more closely to their ideals of beauty, truth, efficiency, logic, correctness and civility”; in Verbal Hygiene, London: Routledge, 2012), and which is not even too far from the atrocious mockery of such expressions as final solution or enhanced interrogation techniques.

Qualifying certain destructive effects of military action as ‘collateral’ suggests that those effects were not taken into account at the time the operation was planned and the troops were commanded into action; or that the possibility of such effects was noted and pondered, but was nevertheless viewed as a risk worth taking, considering the importance of the military objective […].

Thus writes Zygmunt Bauman in the Introduction to his Collateral Damage (Polity, 2011), one of the latest works by the world-renowned Polish social theorist. The book, a collection of essays, does not deal primarily with civilian casualties in war operations; yet it borrows from the military language (which is per se a typical product of the contemporary world) both its title and the hauntingly powerful metaphor which underlies Bauman’s quest for a new Discourse on social inequality in our globalized world.

Bauman’s choice of publishing a collection of essays, rather than a systematic treatise, is itself functional to his enquiry, since the world that has emerged from the sunset of the great 20th-century political narratives is fragmentary and elusive. The Rousseauian ideal of a social contract, motivated by the need “to find a form of association which will defend and protect with the whole common force the person and goods of each associate” (On the Social Contract; or, Principles of Political Rights, English transl. by G. D. H. Cole), has somehow managed to keep its significance unscathed: however, the classical tools that guaranteed its execution, namely, the political institutions which sprung up as an aftermath of the Industrial Revolution on a strictly national basis, are now turning out to be blatantly inadequate:

At the stage already reached by the globalization of capital and commodity trade, no governments, singly or even in groups of several, are able to balance the books […].

As a prompt consequence of all this, we have grown used to the dismantling of the very same social protection policies which we were badly in need of, in order to guarantee not only a minimum level of well-being (compatible with human dignity), but interclass cohesion itself; since such policies depend, ultimately, on mutual support, solidarity, and shared interests. The advent of the globalization has, on the one hand, deprived politics of its power, which has passed into the hands of the financial forces operating on the global market, and on the other has forced the individuals into the narrow constraints of an individualism “on steroids”, which very few can capitalize on, be it by chance or thanks to personal skills; most of us have no choice but pay a higher cost.

Furthermore, the macroeconomic parameters by which we are accustomed to describe the wealth of nations have little or nothing to say about the individual condition: not only because such parameters, calculated on a comparatively local basis, are gradually losing their meaningfulness in a globalized world, but also because in any system the strength of the whole never exceeds that of the weakest element:

The moment an electrical power circuit becomes overloaded, the first part to go bust is the fuse. […] A bridge does not break down and collapse once the load it carries transcends the average strength of its spans; it collapses much earlier, the moment the weight of the load goes over the carrying capacity of one of its spans – its weakest. The ‘average carrying power’ of pillars is a statistical fiction of little if any practical impact on the bridge’s usability […].

The gap between the losers, those for which the Italian novelist Giovanni Verga used to say that “the stream has laid them on the shore”, and the elite of the one-percenters (Rebecca Lake, How Much Income Puts You in the Top 1%, 5 %, 10%?), keeps widening in proportion to the thinning of the welfare state; which is bringing about a massive centralization of resources into the hands of a few individuals:

Tanzania earns 2.2 billion dollars a year, which it divides among 25 million inhabitants. Goldman Sachs Bank earns 2.6 billion dollars, which is then divided between 161 stockholders.

Indeed, social inequality tends to grow not merely in the field of financial resources, but also in every part of a “modernized” Maslow pyramid: social capital; technical, scientific, and economic know-how; employability in a job market which is evolving further and further away from the traditional trades whilst growing thinner and thinner due to the advance of artificial intelligence (Joel Mokyr et al., The History of Technological Anxiety and the Future of Economic Growth: Is This Time Different?, in Journal of Economic Perspectives, 29, 2015).

It is a problem, according to Les Gofton (Collateral Damage: Social Inequalities in a Global Age), of “broken dreams and disappointed projects”. The world as the 19th-century utopias and the great political systems of the 20th century had imagined it, grounded as they were in the supremacy of logical thought, in a well balanced match between man and nature, in the aspiration to a universal happiness to be achieved through either an omnipotent government or the optimistically boundless growth capacity of the market: such is the world that the uncertainty and the entropy of liquid modernity are tearing apart.

The void must be filled, in one way or another: enter the sirens of the free market, who sing us into consuming. We live today as monads, deprived of the social bonds which arise from common interests, yet incapable of dispensing with an inbred need for meaning, or at least for a surrogate thereof. Thus consuming, as Gofton puts it, “becomes a moral act; a mode of connection with, and commitment to, others”.

To all of this, add the metamorphosis of desire and the melting down of the public/private interface brought about by the quick advance of digital technologies. Indeed, it is not without a touch of tongue-in-cheek humour that Bauman quotes a remark by the French sociologist Alain Ehrenberg, according to whom “the birth of the late modern cultural revolution (at least of its French branch)” happened “on an autumnal Wednesday evening in the1980s, when a certain Vivienne, an ‘ordinary French woman’, declared during a TV talk show, and so in front of several million spectators, that since her husband Michel was afflicted by premature ejaculation, she had never experienced an orgasm in the whole of her married life”. The sexual sphere, beyond the repressive hypothesis Michel Foucault used to speculate about, becomes itself an object of consumption (cf. also Jean Baudrillard, The Consumer Society: Myths and Structures): which implies yet another prime specimen of collateral damage, inextricably linked to the weakening of human bonding processes.

Yet Bauman does not stop at contemplating, however mercilessly, the contemporary world. His book is neither a J’accuse…! nor, for that matter, the kind of commonplace criticism (“mala tempora currunt”) that serves hardly any purpose beyond making plain the age of its author. Quite the opposite, for at 85 (at the time of writing Collateral Damage) the world-class sociologist still did not grow tired of pushing us to rebel against the lack of meaning and ouncertainty, and to seek, at the very least, a hint of significance, not anymore on an individual stance but as a global community of all human beings. Whilst, in the process, furnishing abundant proof of his intellectual strength, moral courage, and masterly nonchalance in tapping into incredibly diverse research fields.

To sum up, it may be surmised that the task of making individual liberty genuine calls for a strengthening, rather than a weakening, of the bonds of interhuman solidarity. The long-term commitment which strong solidarity promotes may seem a mixed blessing – but so does an absence of commitments that renders solidarity as unreliable as it makes it uninhibiting… The cohabitation of the private and the public is full of sound and fury [a reference to the “Tomorrow and tomorrow and tomorrow” soliloquy in Shakespeare’s Macbeth]. And yet without their co-presence human togetherness is no more conceivable than water without the co-presence of hydrogen and oxygen. Each of the co-present partners needs the other to stay in a viable and wholesome condition; in their kind of cohabitation a war of attrition is tantamount to the suicide of both. Now, as in the past and in the future, self-care and care for the well-being of the other point in the same direction and recommend the same life philosophy and strategy. This is why the search for a settlement between private and public is unlikely ever to grind to halt. Neither are the sound and the fury that mark their relations.

In a nutshell, Bauman’s book is just his rough-draft proposal for a new humanism.