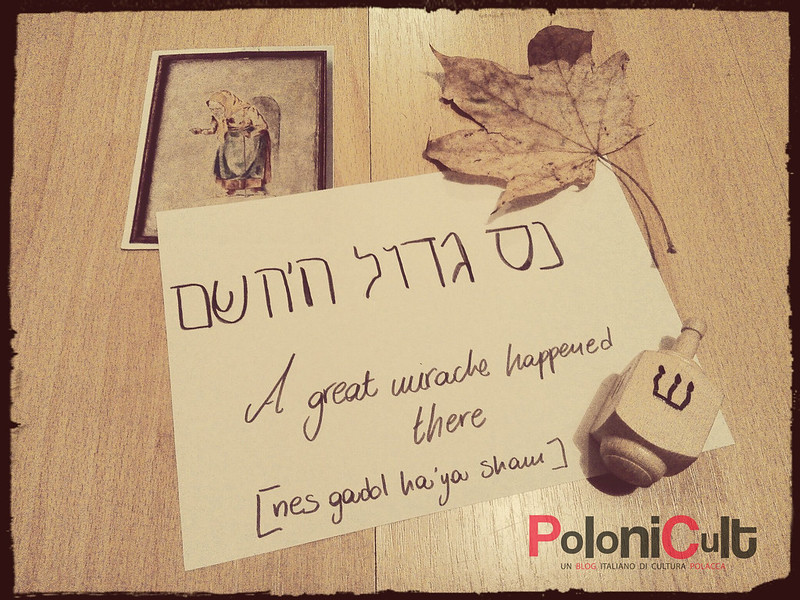 originally published in Write The City

It was one of those autumnally drenched afternoons, when the clouds loom heavily over us pouring their chaotic grey into our eyes that continuously and repeatedly cannot stop looking after the colours of an already-gone-summer; a summer that can survive thanks to our memories seeking for a shelter into her hay-scented warm hug.

Mama had dispatched me and Adela to bring the lunch to Jakub. Jakub is my dad, but he was an unlikely father and that makes it difficult to call him “daddy”, so I have always preferred to call him by his first name – a name that to me, little dreamer and drawer, sounded enchanting. It reminded me the old stories about patriarchs that my grandpa used to tell me in the wintertime, when all the other adults were too busy to take care of me, strange child that I was. Fortunately, grandpa loved to narrate and I, I loved to shape paper figures with those words; for words are kaleidoscopic tools of creation working in perfect harmony with the world.

At that time, I was already aware that the humankind does not really deserve such a gift given from the above. The man, sinful and spiteful, does not appreciate the present that God bestowed him with both of his holy hands – the gift of being a demiurge. Men, overcome by earthly feelings, have broken this mythical and magical instrument, with the result that now the sounds it makes are empty, extinguished, they drag themselves like arid leaves in the wind or lie in a sticky slurry. I, a child with a head too big for such a feeble body, was gradually realizing that something was brought to life again in grandpa’s tales. I could see the words luring themselves as magnets, creating a primordial world all around me; a world that I observed with the eyes of a person that has just woken up from a long period of blindness. I tried to pay homage to this gift, with my drawings – weapons and shelter against the darkness behind my unsteady and unstable steps.

But I was telling about that afternoon, when I visited Hakuba’s shop. He had a clothes shop and every time I went there, it was a kaleidoscopic adventure; after the visit, it happened that I was distraught and disoriented for days, as if in a state of emotional drunkenness. My creations were affected by that world full of different passions – things that I was too young to understand. As soon as I came in, I was trapped in a whirlwind of colours and fabrics popping out from every corner: from the shelves, from the baskets, from the salespersons’ arms, from the customers’ bags, from the watches accumulating on the ground, from the long central desk.

Jakub greeted me and introduced me to the gentleman he was talking with: that man had a long black beard as the raven’s feathers during cold winter mornings and two eyes so dark that it was not possible to glimpse their bottom. He was a very important rabbi and Jakub showed me to him with pride, saying that even if I was an unusual child, I had some abilities – at least as an artist. Something moved the rabbi, I clearly saw a green sparkle in his right eye. But after that, the two men went back to their mature conversation.

I was sitting on a couch silently drawing coaches and horses, when the mysterious rabbi came to me and asked what I was doing. I was just six years old, but showed him my works with haughty humility. He inspected them closely for a while, then, foraging in one of the pockets of his greatcoat, he pulled out a wooden object. Into my tiny hands, the object looked big. I had never seen such a thing before: it had four faces and on each of them a letter was drawn; there was a tip at the bottom and a piece of wood at the top to hold it. He explained how to play with it: it looked like a spinning top… in conclusion, it was nothing special. But those four signs cast a spell on me. They came probably from an ancient language – provided that they were not just sketches or seriously belonged to some population. I found out that the odd object was named dreydl – a Yiddish word. The letters were meant for the words nisht, halb, gants and shtel ayn, and people use their initials not only to remember the rules of the game, but also for the acronym Nes Gadol Hayah Sham meaning ‘a great miracle happened there.’

I was entranced. That sentence was in Hebrew – as the rabbi told me lately – and it was instilling in me a sense of strength and serenity. I felt like I was initiated to some universal secret. All of a sudden, I stopped experiencing the Word as something shattered: for that language was able to fix everything. I consulted the rabbi, telling him about the stories my grandpa used to tell me and I discovered that those things were connected and came from the same world, the Jewish culture. My world, my identity. Well, ideally I was Polish. Polish was my language, but looking at my family from a closer distance, it was easy to understand that we were different. The fact is that I was just six years and half old, so I simply had no idea of those things at that time.

From that day on, my grandpa started teaching me about the Tradition, what is written in the Book. Me myself started running after the Book, searching for the Authentic I had experienced that day with Rabbi Moshe. It kept me under its power. The words, that have always enchanted me, were now assuming another appearance that I could not reach. This appearance slipped me away, irritated by a child who tried to grab it with both of his hands colour dirt and sticky because of the juicy apples he had eaten. And yet, I wanted to take it. I was beginning to understand that to get hold of that appearance would have been the only way I had to save what remained of poetry.

Now that I am an adult and a mature man, I can affirm that artistry, the attraction to what is artistic, is in us since childhood and it affects the way we look at the world. Jakub told it to the rabbi. And it is true. My drawings were, in their childish and abstract simplicity, an anticipation to my connection to the world, to my desperate attempt to reach the Authentic, before that world’s corruption would have destroyed the last purple-sparkling splinters. The world, already at that time, seemed to me just a copy of what there was before. Obviously it could not be really like this, but I was realizing that something, during the relentless race of the seasons, was getting ruffled and rusty…and the result was that colourless and nonsense reality where I was moving my nosey steps.

That tiny wooden object, was one of the greatest epiphanies of my life and I judge myself extremely lucky for having experienced the Authentic when I was so young. I have never been a true, orthodox Jew, but neither a true Pole, to be frank. Yes, I lived in the Austro-Hungarian Empire, but I was none of this. I was an artist and this is enough not to belong to any identity category. I was an artist looking for the Authentic, because I was aware not to be authentic myself. I have been living all my life in metaphysical tension trying to understand Jakub, his way of being, his continuous metamorphosis that used to elude the trap we are forced to live in. I have been living all my life writing and drawing, in the attempt to see some fragments of glittering truth sparkling once again…like that faraway morning. But it never happened again.

Me, who have never put myself under a certain label, I am forced to live here, in exile, because other people judge me guilty of being born like this. But I do have a question, if I may ask: what does that “like this” mean? Cripple, because of my head? Mad, because of my writing? Fetishist, due to my illustrations? Jew, you say. Funny, that what judges me guilty today, is the same thing that was gifted me on that cold morning with the sky full of rain. But, listen, it is all right. And while you, down in the streets, are looking for a criminal for faults that have never been committed, I still spin that wooden object. Because despite all the brutality in history and in this world, in a moment far far away from us, a miracle took place on the Earth: the Life – Nes Gadol Hayah Sham. 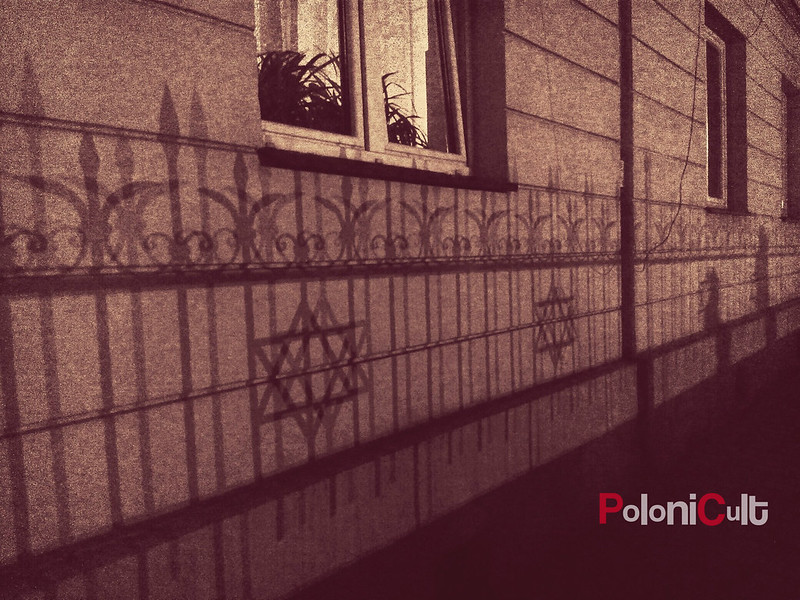