Closing the Gap. Digital divide and digital cultures in Poland: an introduction 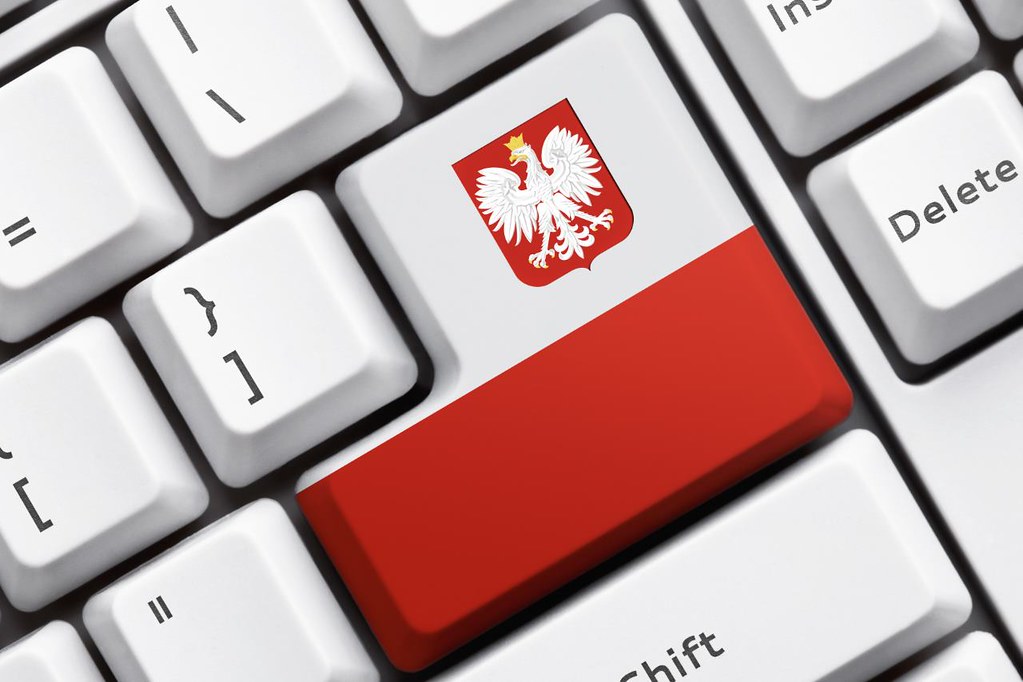 In his seminal book Diffusion of Innovations (New York: Free Press, 2003), first published in 1962, Everett Rogers admits that “the structure of a social system can facilitate or impede the diffusion of innovations in the system”. This is especially true today, as new technologies, new thought paradigms and new models of communication are continuously disrupting and recasting our lives, whilst putting huge pressure on the underlying social structures. The penetration speed of innovation is thus a function of the amount of inertia such structures are inherently endowed with, even though it was the collapse of solid societies, as Bauman would call them, that first demanded for a global re-editing of traditional models.

Wikipedia defines the digital revolution as “the shift from mechanical and analogue electronic technology to digital electronics which began anywhere from the late 1950s to the late 1970s with the adoption and proliferation of digital computers and digital record keeping that continues to the present day”. As had happened centuries ago with industrial revolution, although on a far larger scale, the changes we are experiencing on a daily basis can be (at least partly) explained by the complex interplay among new technologies (digital logic circuits and their derivatives such as the computer, digital cellular phone, and the Internet), new knowledge (information theory, algorithms and artificial intelligence, statistics, engineering), and new socio-economic phenomena (the globalization, first and foremost). Yet, as Chris Freeman and Francisco Louçã warn in As Time Goes By: From the Industrial Revolutions to the Information Revolution (Oxford: Oxford Univ. Press, 2004), “the very notion of innovation is a difficult one […]: change, instability, mutation, and bifurcation are difficult concepts to measure and to assess, in contrast with permanence, continuity, linearity, and structure”.

The adoption of digital technologies is, however, crucial in ensuring a country’s competitiveness on a global settings; which is why the European Union put a special emphasis on its own development program, encompassing a broad range of key areas. Within the general framework of the Europe 2020 strategy, the Digital agenda for Europe was launched in May 2010, with the aim of “boosting Europe’s economy by delivering sustainable economic and social benefits from a digital single market”.

Countries within the EU borders have experienced, to this date, very diverse magnitudes of success in implementing the European guidelines. It goes without saying that Western countries were rather better off, in comparison with countries in the former Communist areas, where access to new technologies and know-how is sometimes observed to enforce a certain degree of inequality, not only “in the context of technological infrastructure” but also with regard to literacies (information, media, digital, and network), online social networks, knowledge gaps, and collaborative/non-collaborative practices” (Muschert, Glenn W, and Massimo Ragnedda. The Digital Divide: The Internet and Social Inequality in International Perspective. London and New York: Routledge, 2015).

Poland has developed, of course, its own flavour of the EU digital agenda: Polska Cyfrowa, or Digital Poland, is a document prepared by the Ministry of Administration and Digitization (Ministerstwo Administracji i Cyfryzacji) and by the Ministry of Regional Development (Ministerstwo Rozwoju Regionalnego), and subsequently adopted by the Rada on January 8, 2014. The agenda comes with its own comprehensive web portal, polskacyfrowa.gov.pl (which is merely a fork, an offspring, of the EU funding program web portal), and an extensive PDF document available both in Polish and in English. 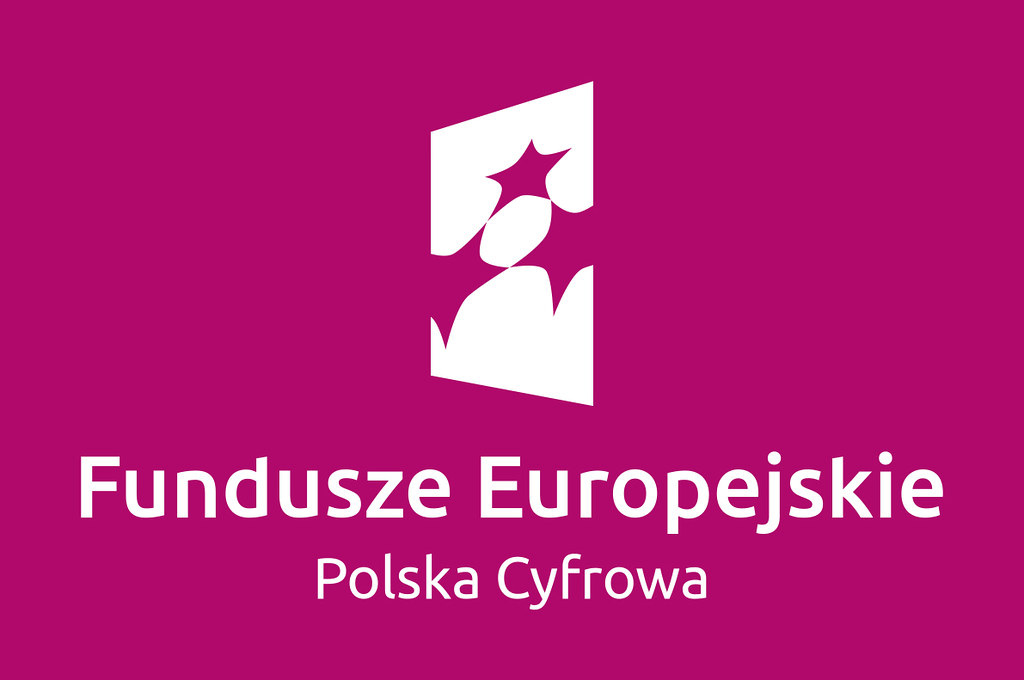 The overarching goal of Polska Cyfrowa is to use digital potential to improve the quality of life of the Polish society. The program budget is, reportedly, over EUR 2.2 billions. For those who prefer to drill deeper into technical and numerical details, a much more comprehensive Description of priority axes is available (Szczegółowy opis osi priorytetowych Programu Operacyjnego Polska Cyfrowa).

Of great interest, amongst the program key performance indicators, are those touching the public sector itself. Indeed, the document suggests that the idea of the open government “is connected with increasing the transparency and accountability of the activities of the state, sharing the data and resources owned by the state and engaging citizens in the governing process”. At the moment, admittedly, no estimations regarding public sector information, or PSI, are available for Poland; however, “numerous significant weaknesses in terms of PSI supply are widely recognized”. The amount and quality of “open data”, that is, of data made freely available to everyone to use and republish as they wish, “as well as of the ways of making them available”, are unfortunately “relatively low”.

Yet, availability of open data is recognized as crucial in contemporary policy-making, and, by and large, to ensure that a wholesome democratic process can take place. Indeed, it is exactly in this soft spot that the debate about adoption of information technologies can border very closely far deeper questions about fundamental citizenship freedoms, and even more so within the advanced political setting which Stefano Rodotà used to call hyperdemocracy (iperdemocrazia). Rodotà, a renowned jurist as well as a former Vice President of the Italian Chamber of Deputies, writes in his essay Tecnopolitica. La democrazia e le nuove tecnologie della comunicazione (Roma: Laterza, 2004) that “electronic democracy […] can well be projected beyond the pure referendum decision: indeed, it must be, if we want to go beyond that game of the yes and the no […]”; and to go beyond, access to open data is essential, because “the possibility of remote access to public and private databases […] is not only a technical fact: it represents a form of redistribution of power that weakens the filtering and intermediation functions typical of bureaucracies” (English transl. by the author).

But data, however pivotal, is inoperative without software; and yet, hardly any mention of software (oprogramowania, in Polish) is made in the foundational document of Polska Cyfrowa, notwithstanding a great deal of encouragement on the part of the EU institutions, which strive to set a good example: the European Commission, e. g., has a special strategy put in place that ensures “a special emphasis on procurement, contribution to open source software projects and providing more of the software developed within the Commission as open source”.

In order to understand what open source means in this context, we must go back to the birth of the free software movement. Rooted in the hacker cultures of the Seventies, the free software movement aimed (and still does) at providing users with fundamental freedoms, such as “the freedom to run, copy, distribute, study, change and improve the software” (What is free software?). The movement was started in 1983 by the US computer scientist Richard M. Stallman, when he launched a project called GNU (a recursive acronym for GNU is not Unix) to create a computer operating system composed entirely of free software (DiBona, Chris, and Sam Ockman. Open Sources: Voices from the Open Source Revolution. Sebastopol: O’Reilly Media, Inc, 2008). Later on, with the birth of the Linux operating system (or, more appropriately, the Linux kernel), the free software was to become ubiquitous.

But using it is not only a matter of convenience. Today “to use free software is to make a political and ethical choice asserting the right to learn, and share what we learn with others. Free software has become the foundation of a learning society where we share our knowledge in a way that others can build upon and enjoy” (What is free software?). Moreover, the adoption of free software (sometimes called open source software, with a slightly different emphasis) by the public sector may help to increase both transparency and sustainability (share & reuse models) whilst fostering developer communities as well as encouraging widespread commitment.

Unfortunately, not many examples of adoption of free software platforms do exist eastward of Germany (the site itsfoss.com, which keeps tracks of best practices through the world, seems to ignore Poland); yet we were able to leaf through a memorandum which goes by the title Open Source Software Adoption in the Polish City of Gdańsk. The authors thereof recognize that “the use of open source software brings along with it an independence from one single supplier and provides the possibility to choose the rhythm of software investment independent of, instead of dictated by, software vendors”.

In passing, we must consider that, from a legal standpoint, both the production and the use of free (open source) software pose several challenges, mainly connected with copyright laws. And it will not be without interest to recall that, to this day, Poland law “provides no definition of a computer program or computer software. Computer programs are eligible for protection as literary works”, as Tomasz Rychlicki notes in The International Free and Open Source Software Law Book.

Many other areas would be worthwhile of a detailed account: digital competencies, media education, cybersecurity and privacy, to name just a few. But, lest we should run out of space (and our readers out of patience), we will refrain from going into too many details. What appears unquestionable is that the country is now facing a big challenge. As Monika Rosa, a Member of Polish Parliament of the Modern Party (Nowoczesna), writes in her paper A Digital Agenda for Poland, “at present, Poland is standing at the crossroads. We can open a new chapter in our history, a chapter of modernization, fast development and improving the quality of life of the Polish citizens”.